Myanna gradated at the top of her law school class, Order of the Coif, from the University of Oregon School of Law.

She clerked for a Superior Court judge in the U.S.V.I. and a judge on the U.S. Court of Appeals for the Ninth Circuit.

She has taught more than 1,400 attorneys how to practice law professionally and ethically. She also works pro bono on select business law cases.

Myanna is a Fulbright Scholar in climate change law and policy under the auspices of the U.S. Department of State.

Myanna is results-driven, both for herself and for the students she trains to be the lawyers of tomorrow.

Myanna has, for four years consecutively, been ranked among the world’s top 10% researchers by download on SSRN. More than 100 judges, attorneys, government officials, and academics have cited to her research. She has written more than 400,000 words in numerous law review and other articles published by major journals nationwide. Approx. 30,000 people have downloaded her podcasts.

Myanna's research centers around the intersection of climate change law and risk to businesses, governments, and individuals. She has also written on endangered species law and policy.

Before law school, Myanna enjoyed a successful career in international communications, working for, among others, KPMG, Warner Bros. Studio, DreamWorks, and major law firms around the nation. She holds a Master of Science degree from the University of Aarhus, currently ranked among the world’s top 100 research universities, and has almost completed her PhD in Political Science. 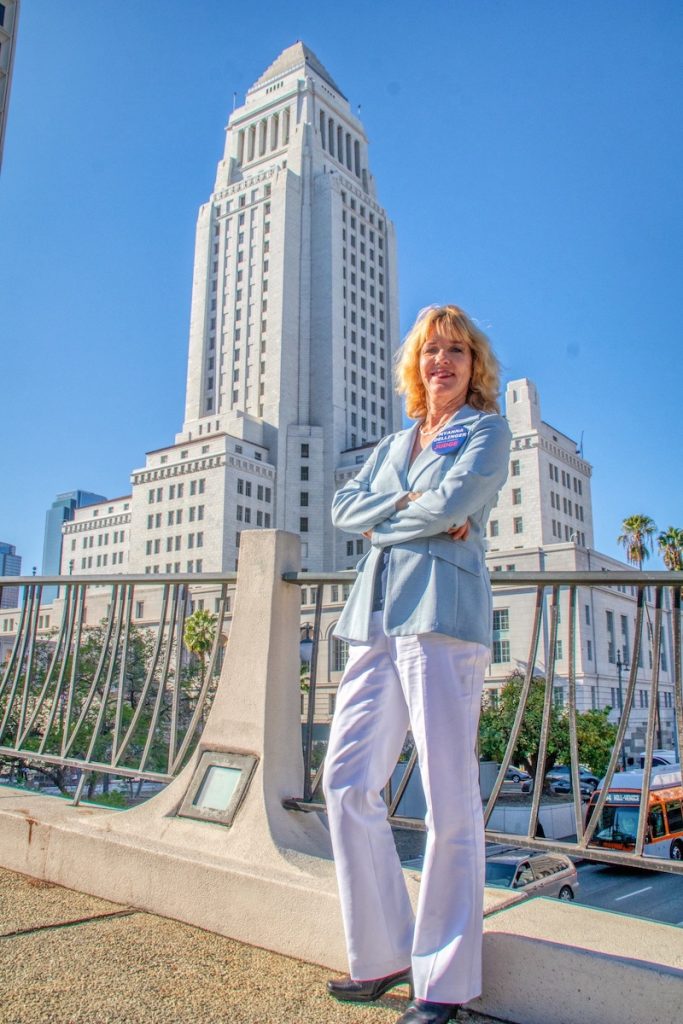 Professor Dellinger in front of the Los Angeles City Hall

As a woman and first-generation immigrant, Myanna understands the unique challenges met by females and other minorities in today's diverse society. Myanna is a neutral law professor.

Myanna is a first-generation immigrant. She was born and raised in project-like housing in Denmark.

She speaks three languages fluently and achieved her legal results in a non-native tongue.

She has lived and worked in four nations on three continents and visited about 38 nations.

Myanna is the first and only in her blue-collar family to earn several university degrees, earning her own way through college. She is a mid-life career changer.

Myanna took care of her terminally ill father while in law school, was the sole caregiver for her elderly mother in Denmark including during her passing and is herself a 2019 cancer survivor. 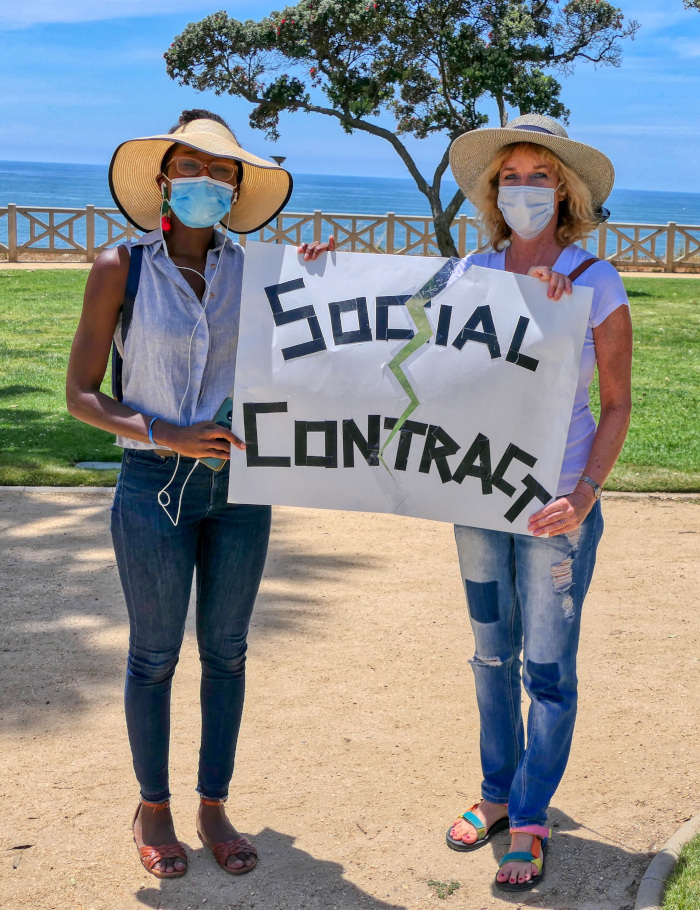 Myanna respects and appreciates others.  She does not believe in lifting oneself up by tearing others down.  Ethics and courage matter.  In general, Myanna believes in more compassion, open-mindedness, and less hate. She believes that everyone in the legal system should be treated fairly and with equality. That is not the case today. 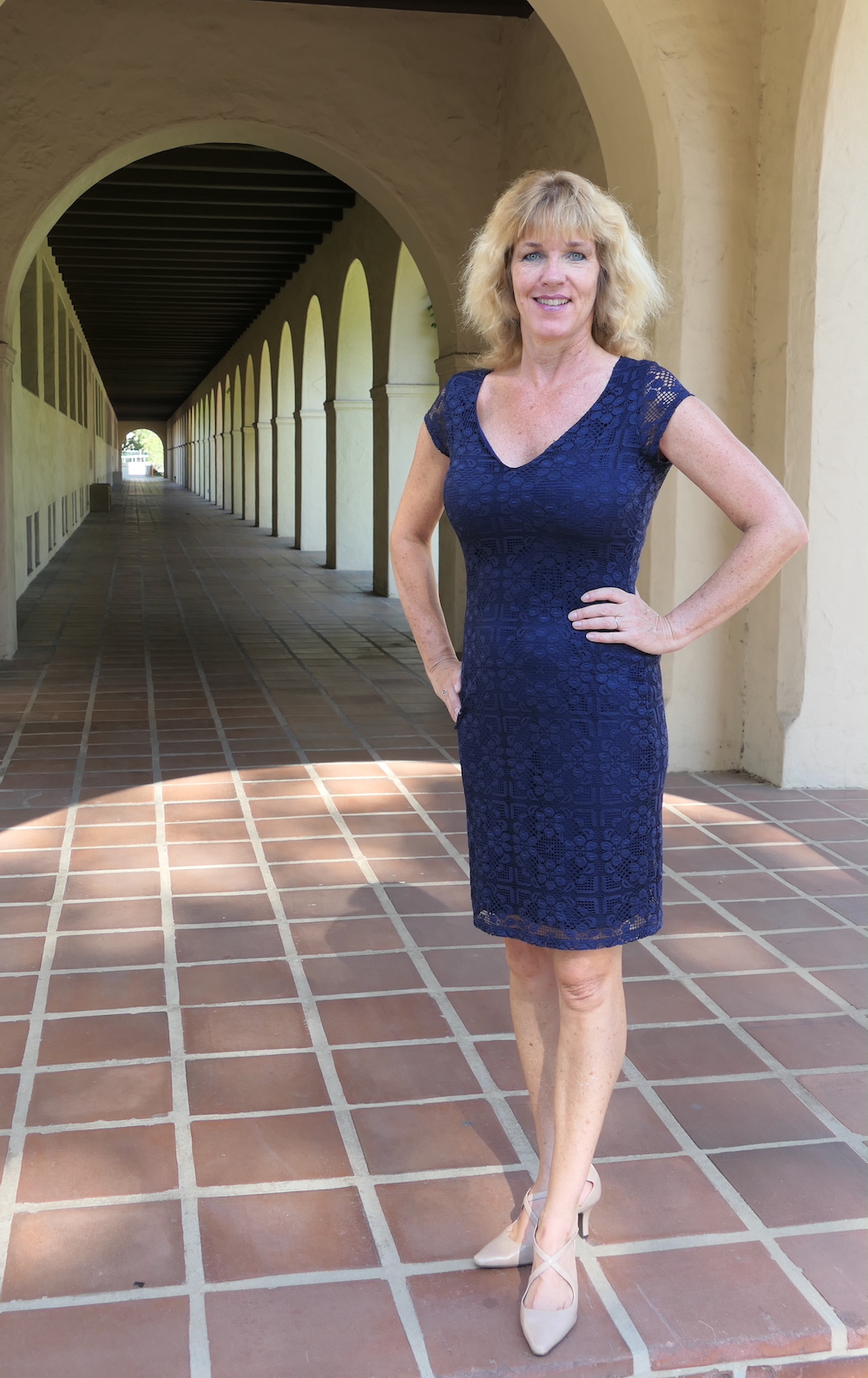